Saab. Berkeley, California.
Apparently some Englishmen (and Englishwomen) keep their cars in continental Europe for driving while on holiday. Life goals, folks. 🚗
Somewhere where the summer seemed like it would never end in Paris, two years ago…
🚙
I’m somewhat in shock that this photo was taken TWO years ago. It’s like 2020 (and half of 2021) never happened. Time needs to calm down and sloooow down!
When I wander a city, my eye is often drawn to unique cars, typically from eras past. I don’t have that many photos of them (I always regret not taking more photos), but I think I’m going to start a little series of #jeannescars tracking the unique cars I’ve seen in my travels.
Rolling into the weekend (which promises a heatwave) like 😎
A year ago, I was taking nearly daily walks through my neighborhood, masked, pushing a tiny, sleeping human in a stroller, listening to the news about rising Covid numbers, and wondering how the world had changed so much and how we would face this new paradigm. My path was almost the same every day. I would climb the hills and find myself inevitably pausing at this hill. It was tall and lush with grass that would wave gently in the California breeze that was ever present. By June, the grass was already drying and dying, but the moving grass was always there and always calming.
Can flowers smile? 🌻 I feel like this one is. 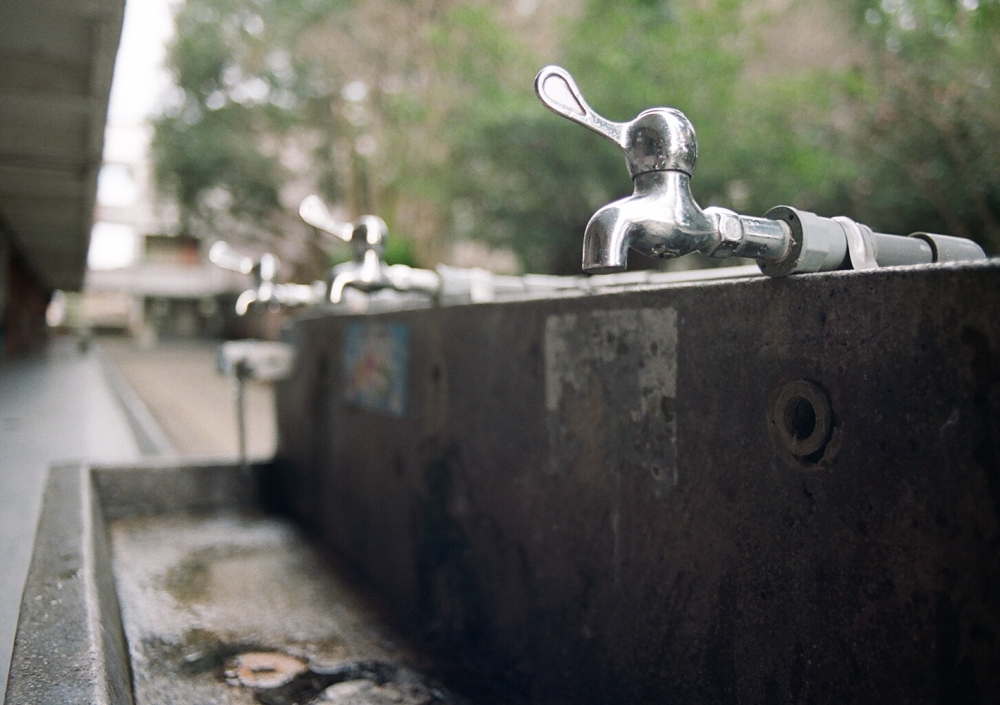 There’s something unsettling about nostalgia that doesn’t belong to you.  The bittersweet melancholy of realizing you’re witnessing someone else’s memories is poignant.  Stories others have told have painted hazy images in my mind’s eye, and I can recognize snapshots from their memories as I go about my adult life, but it’s just not the same.

My mother grew up in a town in Taiwan where everyone knew everyone else.  Her father was the principal of their local elementary school, as was his father before him.  Schools were a hub, and my mother’s family lived in tiny Japanese-style homes that were specifically built to house teachers on the school campus.

Why were these teacher-homes Japanese-style?  Because Taiwan was under Japanese occupation from 1894-1945.  My grandparents grew up speaking Japanese in school, and all other languages were banned.  (Fun fact: My grandfather’s earlier books were written in Japanese, and it wasn’t until he taught himself how to write Chinese in his mid-20s that he translated those books into Chinese.)  Later, when the losing government from China took up residence in Taiwan, Mandarin Chinese was mandated, and other languages banned.  My parents, therefore, grew up speaking Mandarin.  What was spoken at home? 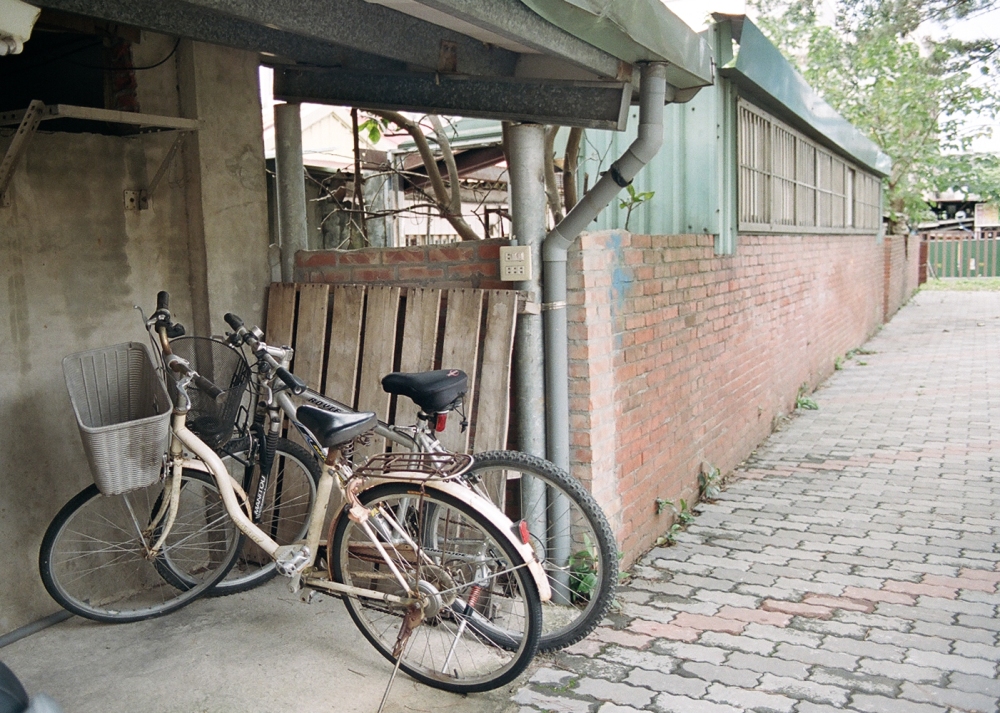 These are the semi-abandoned remainders of the teacher housing from fifty years ago.  My mother’s home is this one:

How strange.  How weird.  How funny!

So different from the elementary schools of my childhood in the U.S.

To them, the outdoor sinks directly outside the classroom, the mops hanging on the wall, the shape, size, and color of the buildings itself . . . These are their childhood memories.  These memories are not mine.  They will never be mine.  I can experience their childhood through trinkets and remaining edifices now, as an adult.  And that is where the bittersweetness floods in.

For good measure, because it was the Taiwan elections when I was in Taiwan in January, I’m including a photo from the Taiwanese elections.  I had to capture the historic, historic day!  The day a female president was elected! Tsai Ing-wen, now the most powerful elected female in the Chinese speaking world.

(So much passion lie behind Taiwanese politics.  I will address it some other day.  Today, I celebrate something that the U.S. hasn’t been able to achieve– the election of a powerful, opinionated woman to the helm of a country with a complicated, convoluted, and confusion past.) 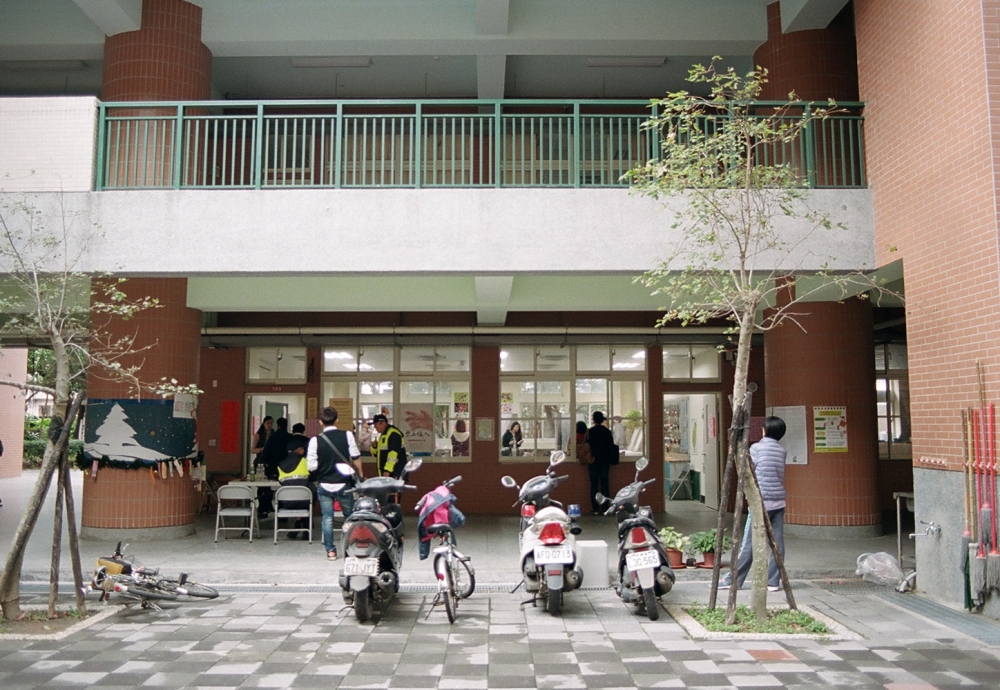 It wasn’t as crazy or exciting as the TV showed Taipei was, but Longtan’s elections, held at the local elementary school (my mother’s), was fantastic in its own right.  Quietly, people (the majority of the people of Taiwan) voted.

Yet another memory that isn’t quite mine.  I merely bore witness.

5 thoughts on “Someone Else’s Childhood (in Taiwan)”