Saab. Berkeley, California.
Apparently some Englishmen (and Englishwomen) keep their cars in continental Europe for driving while on holiday. Life goals, folks. 🚗
Somewhere where the summer seemed like it would never end in Paris, two years ago…
🚙
I’m somewhat in shock that this photo was taken TWO years ago. It’s like 2020 (and half of 2021) never happened. Time needs to calm down and sloooow down!
When I wander a city, my eye is often drawn to unique cars, typically from eras past. I don’t have that many photos of them (I always regret not taking more photos), but I think I’m going to start a little series of #jeannescars tracking the unique cars I’ve seen in my travels.
Rolling into the weekend (which promises a heatwave) like 😎
A year ago, I was taking nearly daily walks through my neighborhood, masked, pushing a tiny, sleeping human in a stroller, listening to the news about rising Covid numbers, and wondering how the world had changed so much and how we would face this new paradigm. My path was almost the same every day. I would climb the hills and find myself inevitably pausing at this hill. It was tall and lush with grass that would wave gently in the California breeze that was ever present. By June, the grass was already drying and dying, but the moving grass was always there and always calming.
Can flowers smile? 🌻 I feel like this one is.

I will be first to admit that I am terrible at updating my blog.  I used to have plenty of time to write and rant about my life, and, indeed, I had several blogs that I kept up starting in high school.

Recently, I’ve taken to ranting more than writing, and, I’ll admit, it makes me feel petty and small.

So what have I been up to since my last post in February?  From a travel perspective, I went to Hong Kong once, Colombia once, Maryland twice, New York once, and I have generally been running nonstop with work.  When you are at work for 12 hours a day, come home to eat, and start working as soon as the dishes hit the sink, there’s not much time for…

… pretty much anything else.

From a photography perspective, I met a couple of Instagram friends in real life, and we wandered San Francisco together, shooting and posing.  It was super fun to meet them!  I purchased an Epson Perfection v600 Scanner and began attempting to scan things into my computer; I have remained committed to black and white photography (with the exception of 10 days in Colombia, but more on that some other time).  And, every chance I get, I try to pull out my trusty Canon AE-1 to capture some shots.

And, if I’m frank with myself, it’s been hard to stop and breathe.

But it’s the little things that are supposed to count, right?  So let’s take it one step at a time, and, when I get enough sleep, that’s not too difficult.  It’s when I don’t sleep enough that things get dark, and the malaise settles in.

Last night, I got six full hours of sleep.  Success!  And it’s a holiday weekend!  I may be fielding many emails from my Asia Pacific colleagues, but, goshdarnit, I’m gonna keep going!

So let’s talk about Japan, shall we?

These images are from my last trip to Japan in October 2016, primarily focused around Shinjuku, a district within Tokyo, Japan.

I always try to find time (mornings, evenings, etc.) to wander on my own and take photos.  My boss was traveling with me, but unless we have something planned, he tends to stay in his room and do his own thing when we have larger chunks of free time. 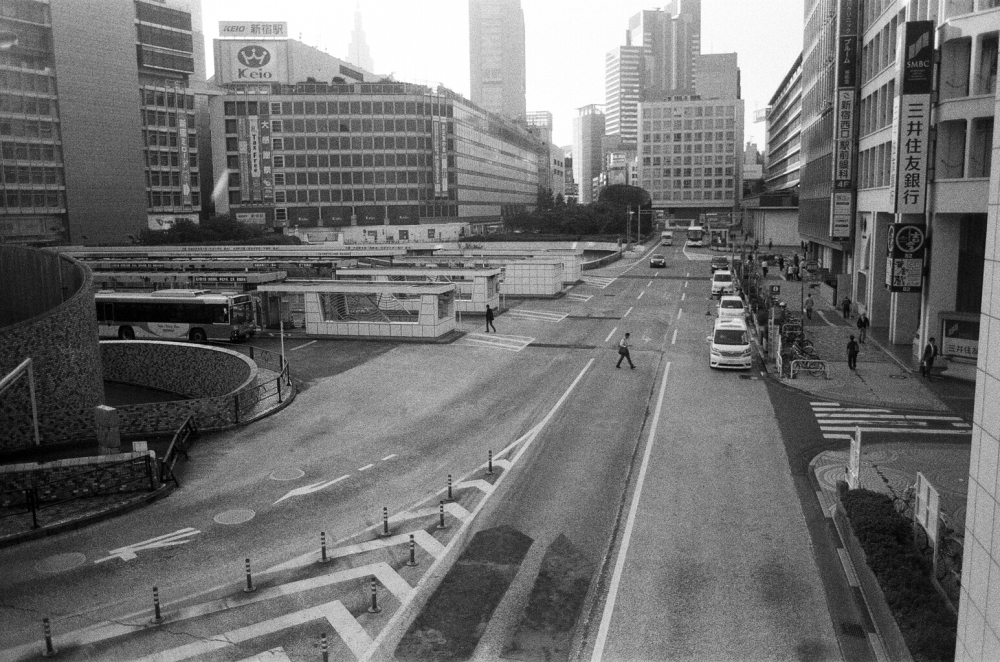 As you can see, before the masses wake up, the streets of Japan are quiet.

As the world wakes up in the land of the rising sun, people begin to populate the streets of Tokyo. 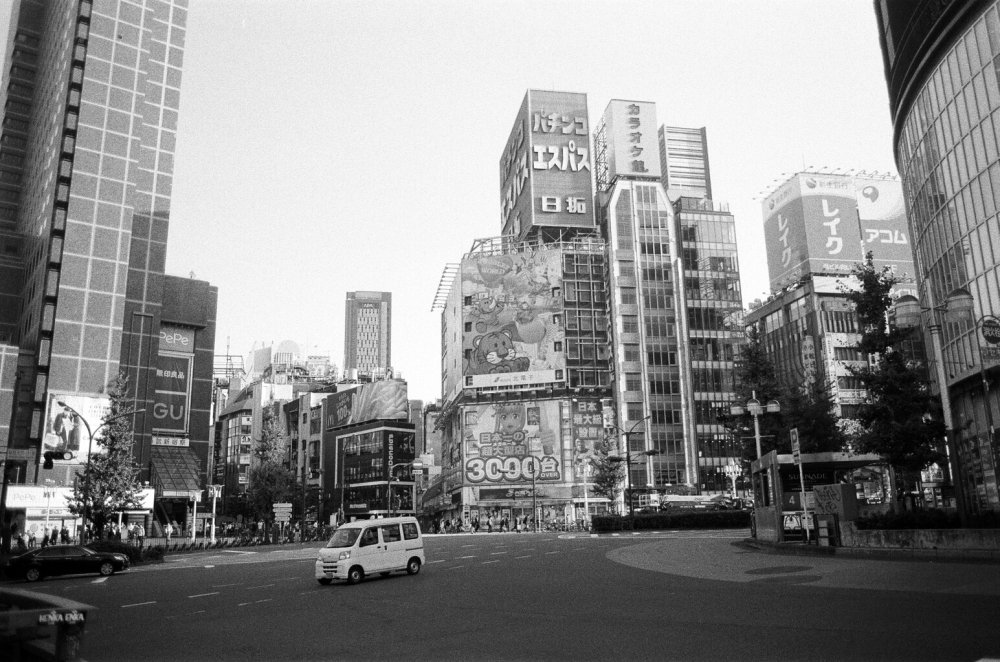 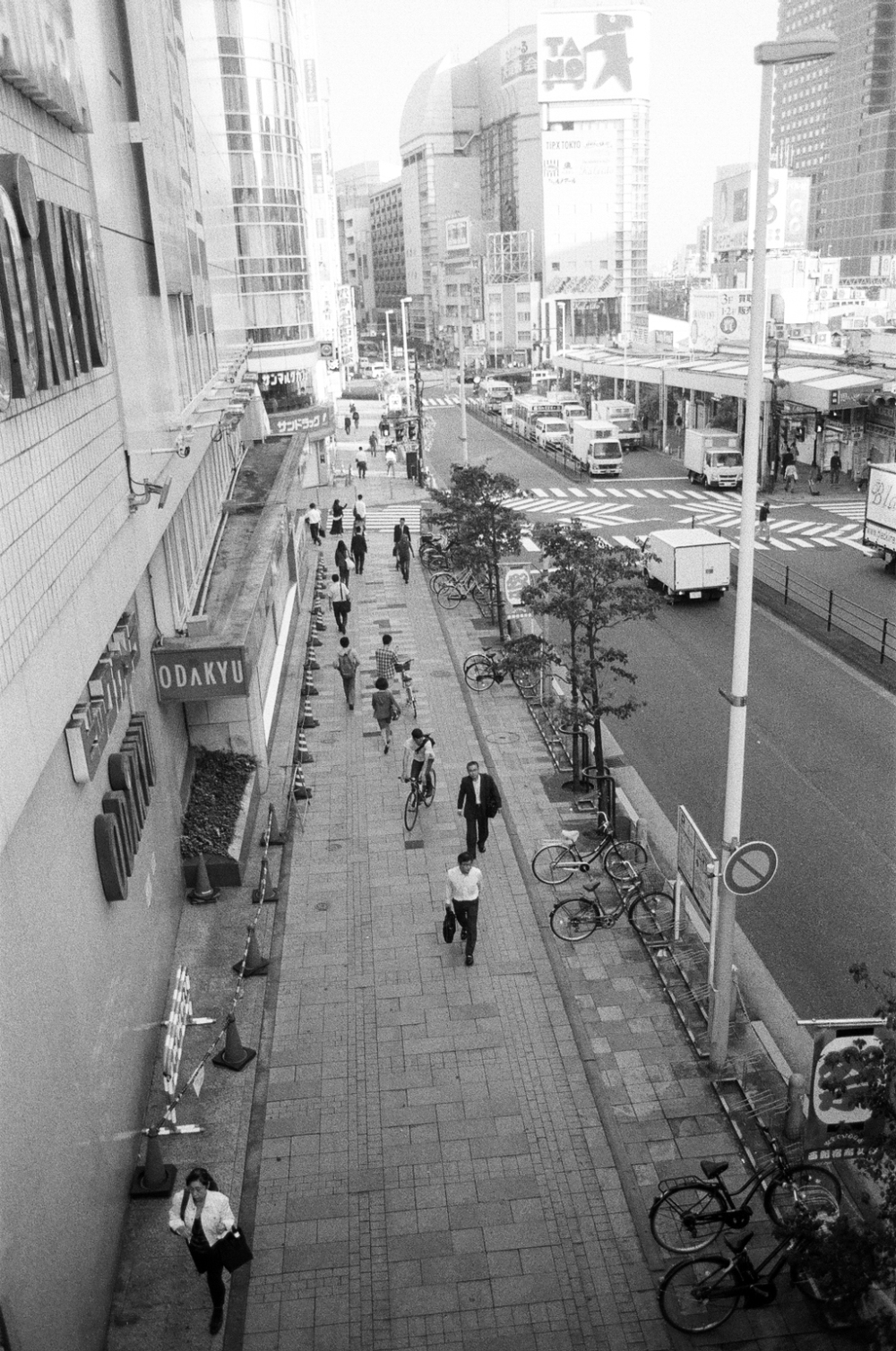 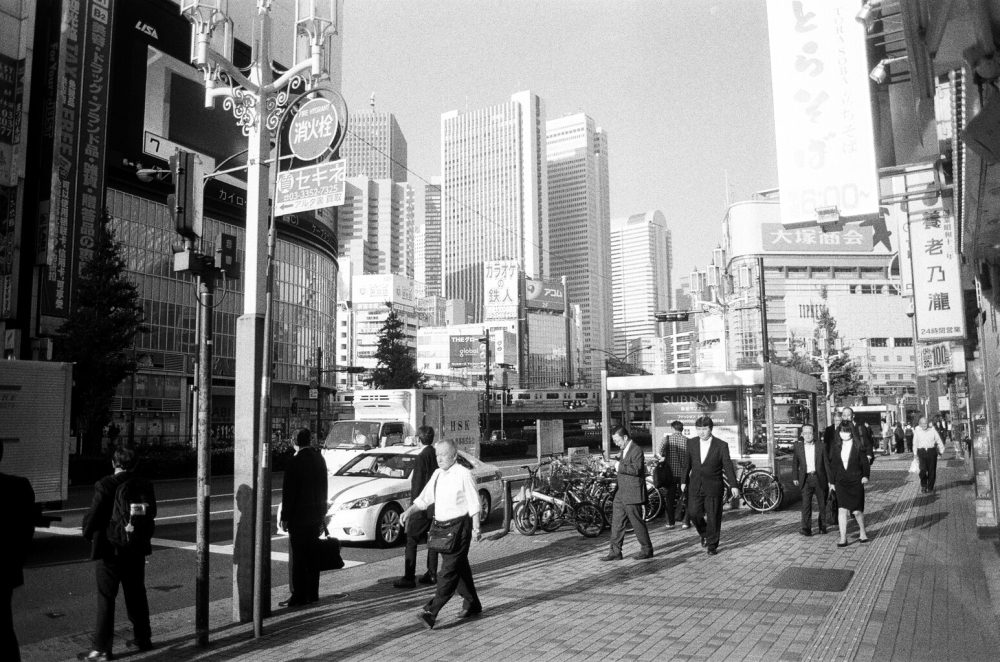 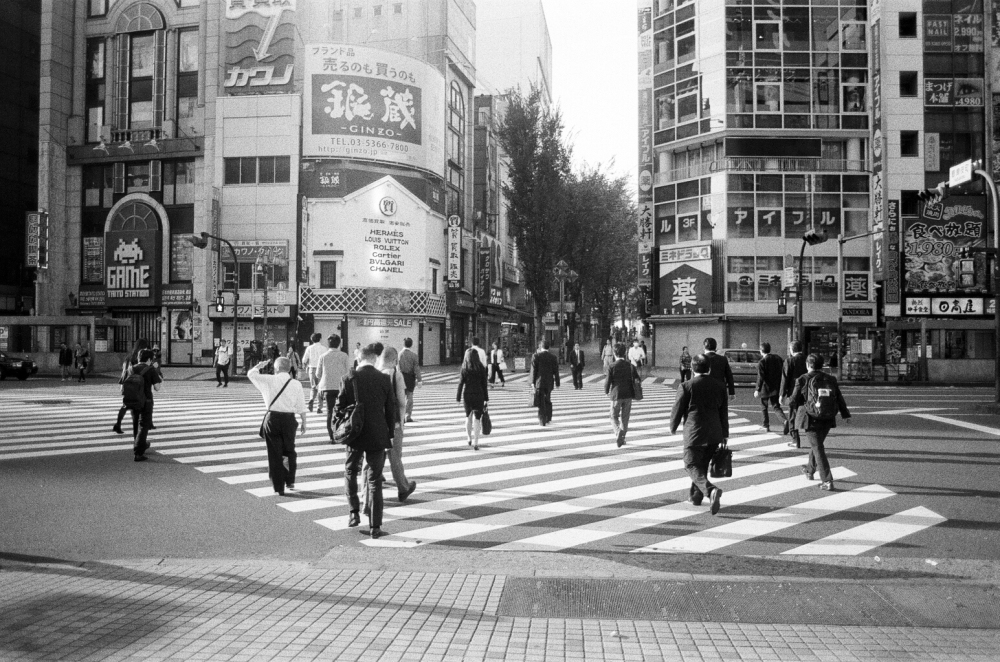 Japan is a unique town.  Fabulous sushi.  Karaoke in strange, downstairs bars that are filled with smoke and look like a snapshot of an 80s living room.  A nation-wide uniform (black pants, white shirt, everyone; think Mormons).  Interesting architecture.

Maybe next time I’ll stop and have a bite.

Looking forward to going back to Japan later this year.