Apparently some Englishmen (and Englishwomen) keep their cars in continental Europe for driving while on holiday. Life goals, folks. 🚗
Somewhere where the summer seemed like it would never end in Paris, two years ago…
🚙
I’m somewhat in shock that this photo was taken TWO years ago. It’s like 2020 (and half of 2021) never happened. Time needs to calm down and sloooow down!
When I wander a city, my eye is often drawn to unique cars, typically from eras past. I don’t have that many photos of them (I always regret not taking more photos), but I think I’m going to start a little series of #jeannescars tracking the unique cars I’ve seen in my travels.
Rolling into the weekend (which promises a heatwave) like 😎
A year ago, I was taking nearly daily walks through my neighborhood, masked, pushing a tiny, sleeping human in a stroller, listening to the news about rising Covid numbers, and wondering how the world had changed so much and how we would face this new paradigm. My path was almost the same every day. I would climb the hills and find myself inevitably pausing at this hill. It was tall and lush with grass that would wave gently in the California breeze that was ever present. By June, the grass was already drying and dying, but the moving grass was always there and always calming.
Can flowers smile? 🌻 I feel like this one is.
Happy birthday to this guy. The Spouse. The father of our child. The person I rely on the most. Happy anniversary of the day you arrived on this planet! 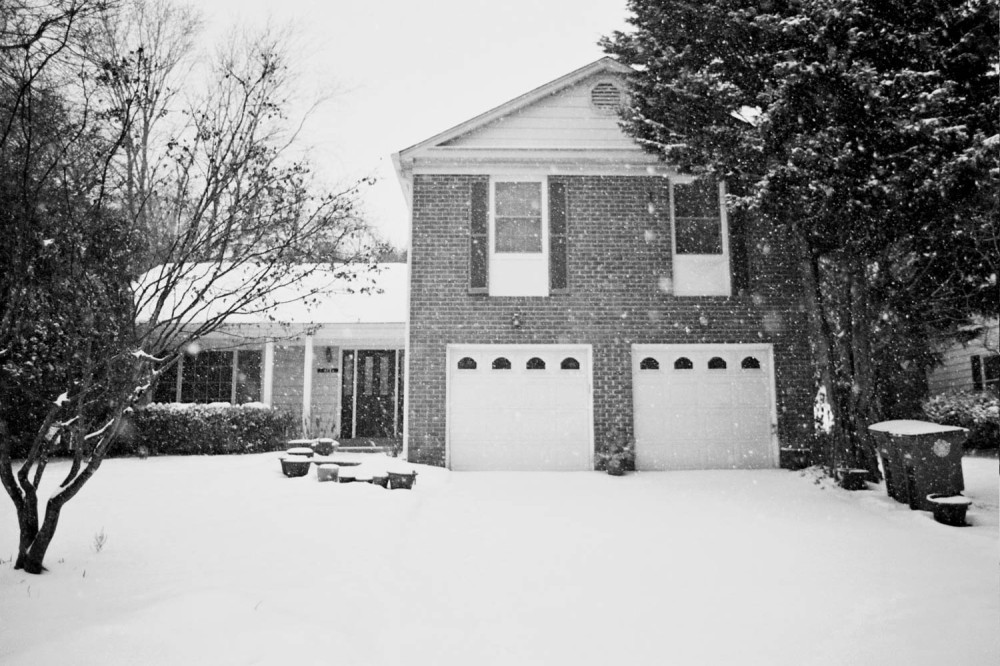 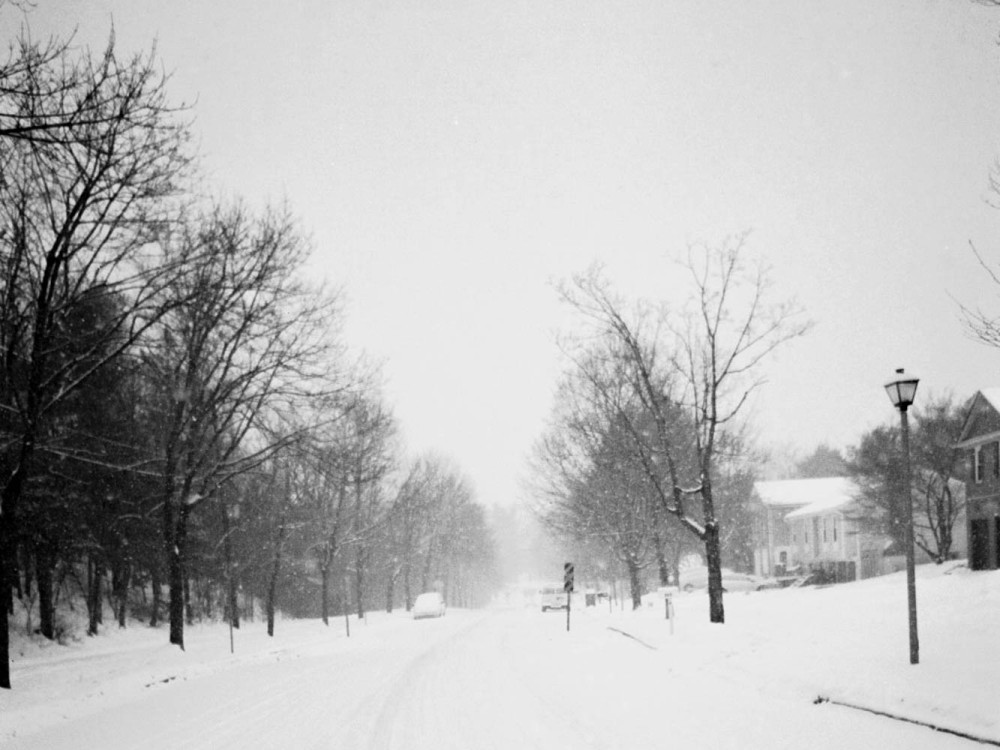 In true California-style, I am a self-admitted weakling afraid of cold. Snow is painful now.  Especially blizzards such as the one I encountered in Maryland.  Thank goodness for heaters and double paned windows.

I am also way overdue for a post. Lots of movement has been churning up my life lately, and things have gotten a bit off kilter. But nevermind that. I’m happy to announce that my hard work has paid off, and I’m moving on to a new phase of my life at the end of this month. I’ll probably write about it soon, but for now, it still hasn’t quite sunk in.

I traveled back east at the end of February to visit my folks to celebrate Lunar New Year.  Happy year of the ram!  I love my family—they’re adorable and loving and weirdly hilarious. My brothers and I get along extremely well, and we have a ton of fun when together, despite a total age disparity of ten years. See them there, above and below, with their antics in the snow?

Of course, in the time that I went back to visit, it snowed. Twice.

I’m currently writing this from the heat of the southern California sun, where my family and I are celebrating a cousin’s fortieth birthday (Geezus, Jimmy, you’re old!) and simultaneously having the first family reunion where there are grandbabies involved.  Pictures of them, obviously, to follow. 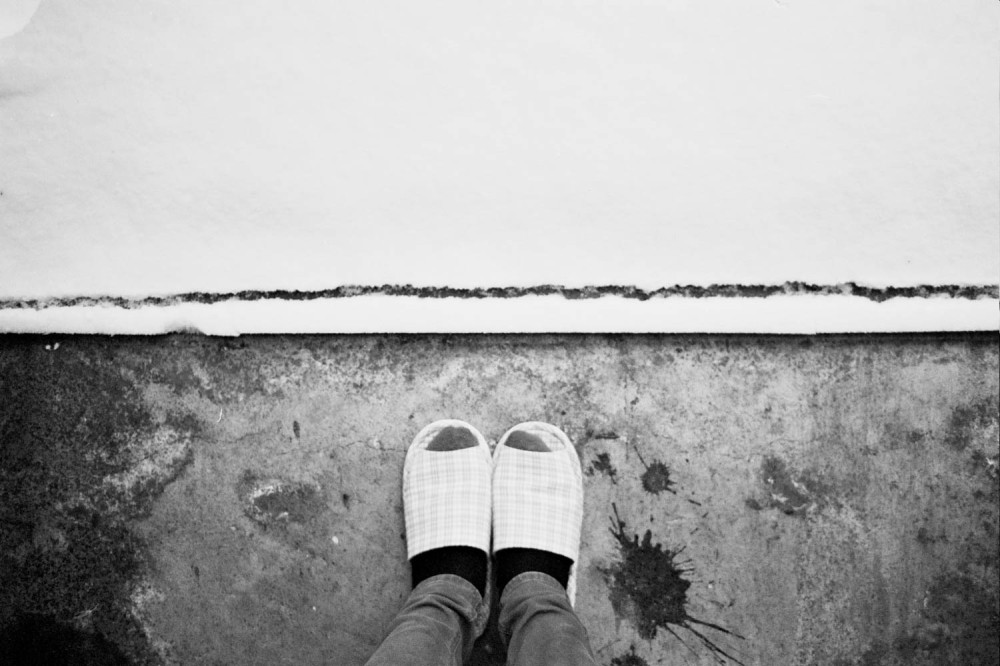 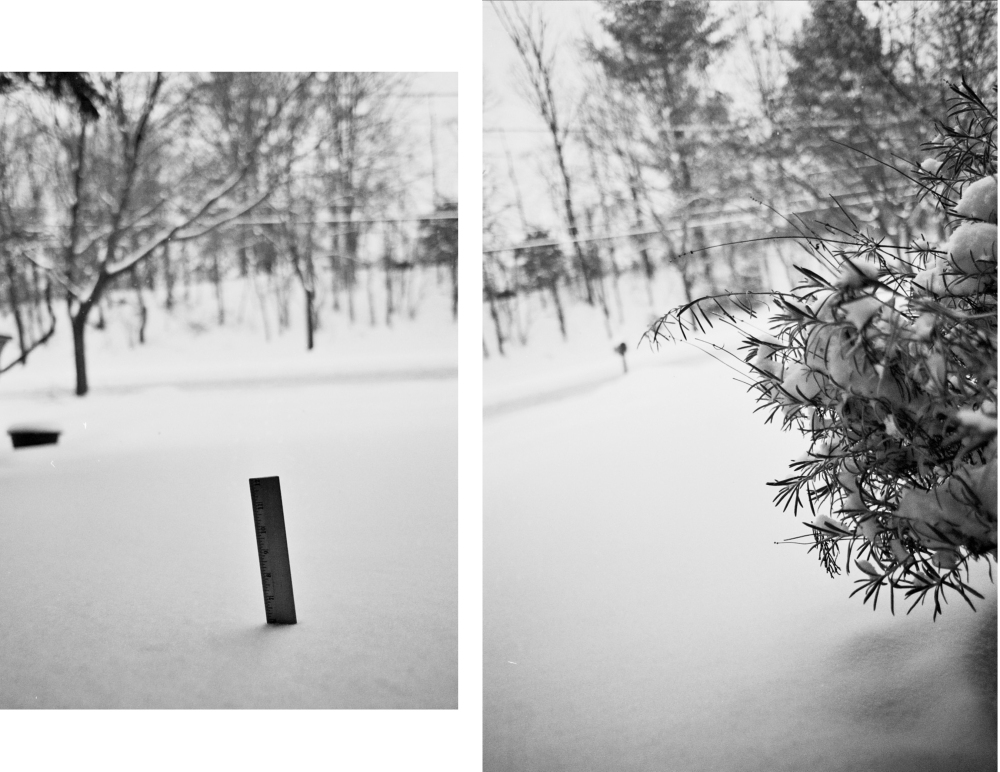 But for now, I’m reliving the cold winter morning of last month. I had landed in Virginia to 11 degree weather, and I suddenly found myself bundled up in as many layers as possible, shooting photos in heavy snowfall. I had written a card for my boyfriend—you can see it sitting in the mailbox —and I didn’t want to wait several days to send it, so I waded out into the snow with my Canon AE-1 and shot some shots after I placed it in the mailbox. 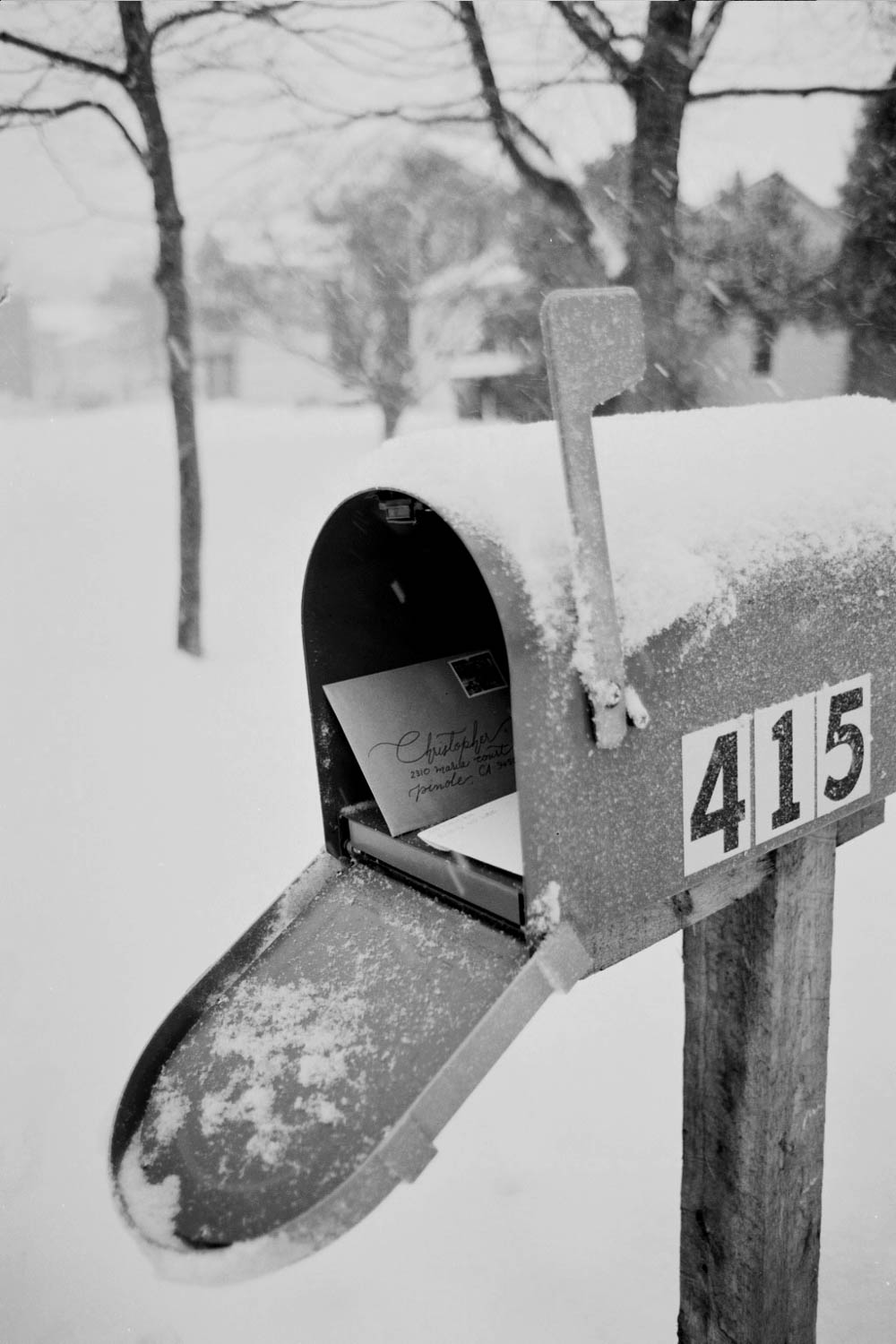 At some point, my fingers froze and I couldn’t take any more shots, and I remained at the doorstep, shooting my family as they dug out the driveway and sidewalk.

So much for going on a photoshoot in Maryland. I got a couple shots in DC after lunch with a buddy of mine a few days later, but the majority of my photos were taken on that snow day.  Next time I’m home, I’ll go for another shoot. 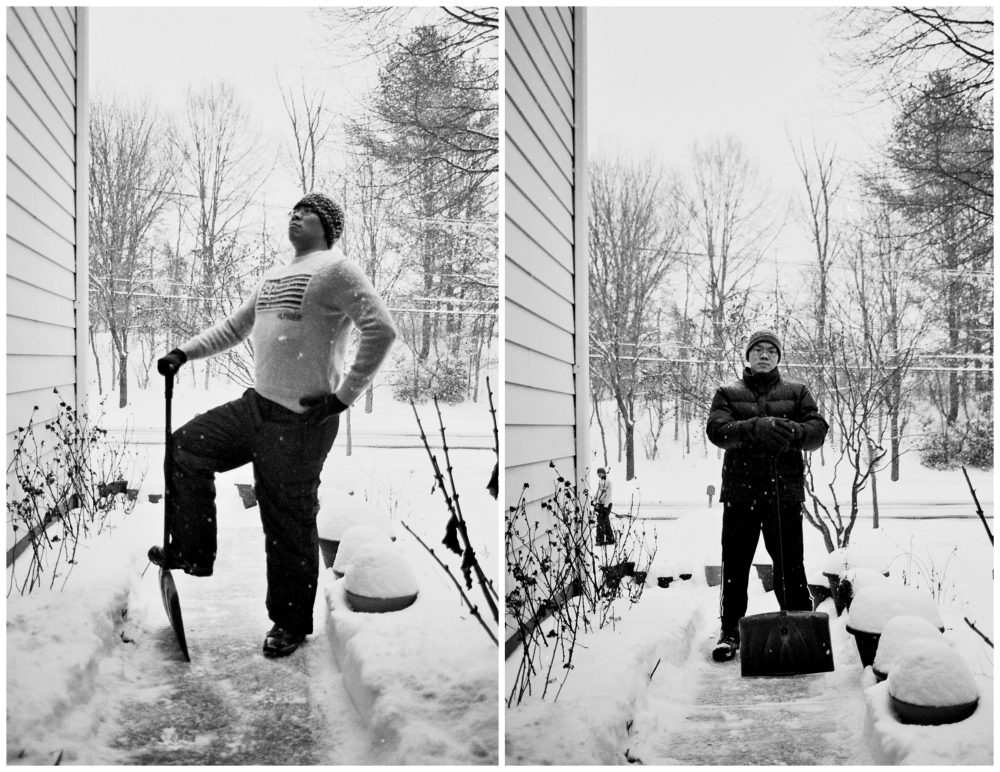 Also, one of the perks of being the only daughter with two brothers—no need to ever shovel the driveway or mow the lawn or rake the leaves! Thanks, brothers, for being there to do the manual labor! They’re silly, aren’t they?  (By the by, ladies, they’re single!) 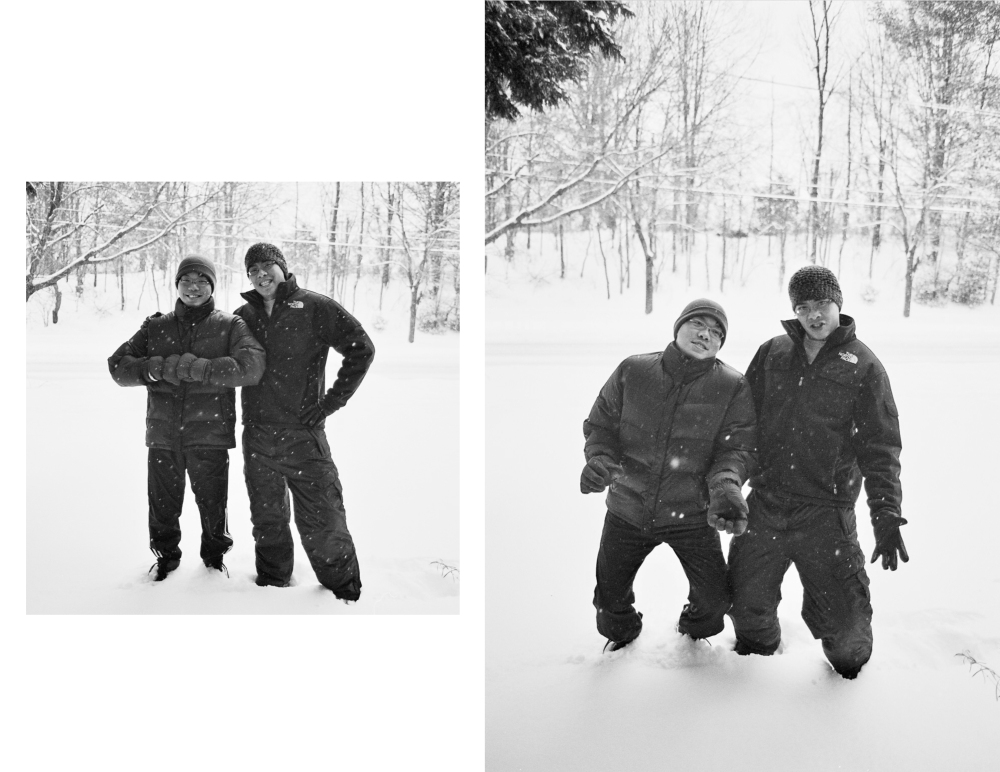